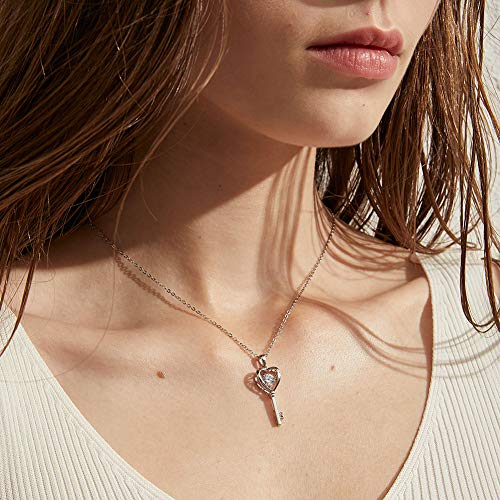 Being a chastity keyholder is the most important role in any male chastity relationship. The keyholder is the one who decides when the chastity cage should be locked and when it will be unlocked. They will decide the rules the man must follow and what punishments or rewards they receive and when they should receive them.

Of course, the level of involvement you have with your caged man is entirely up to you. Some keyholders don’t want to be involved so they take the keys, put them in a lockbox and keep them there until they want to unlock the cage. On the other side of the spectrum, some keyholders want to be full dominatrixes for their locked men, controlling everything they do, wear and even say. Chances are, you will likely fall somewhere in the middle.

No matter where you fall in the chastity keyholder spectrum, we believe there are six key considerations you need to make.

1. Know Your Reason for Locking Him Up

Whatever the reason is, it is important that you have one so you can properly set your goals and his expectations.

Once you have your man locked in chastity, it is important that he knows the chastity rules he should follow. These rules include how he should behave, what his chastity chores and responsibilities should be, and how he should address you, his keyholder (or mistress?). Setting base rules for your chastity relationship is another key method to set expectations for both of you.

Setting your rules also includes setting your boundaries. It’s important and healthy to discuss how far each of your are willing to go with your chastity relationship. Have an open and honest conversation about this or at least agree on a safe word that either of you can use if the other has gone too far past their comfort zone.

For most chastity relationships, the most important rule is “no begging or asking to be released”. Trust us, you don’t want him to be allowed to constantly pester you to get out of his cage. If he is annoying you, he should be punished.

So you’ve locked him up, now what? When does he get to be unlocked? Having a set goal gives him something to look forward to and takes off pressure for you so you don’t have to think about when to unlock him. Try adding more hours, days, weeks to his chastity terms as you lock him up more. If he misbehaves or begs, add more time to your goal.

There may be times when you’re feeling extra frisky and want to break his chastity term early to use his dick – this is absolutely fine. You’re in control and can do whatever you want. Plus, you can always use it and lock it back up!

If he breaks any of your chastity rules then you need to keep him in line by showing him who is boss and in control. Chastity punishments can vary from adding more time to his chastity term, spanking, ruined orgasms, and whatever else you can think of.

Teasing and denying your man in chastity is a crucial tool chastity keyholders have to tease, torment and control. Talk dirty to him, make out with him, grab his cage, make him eat you out, or take him out of his cage and play with his dick then lock him back up. There are many ways to tease your man and they will all help build his drive to please you more so he can try to get out of his cage.

Need some extra cleaning done? Want to go somewhere or do something and drag him with you? Feel like being served poolside or in bed all day? Use his built up horniness from wearing his chastity cage to your advantage. Just let him think there’s a chance he will get unlocked if he does what you want him to tease him even more.

It’s important to remember that, as the chastity keyholder, you are in charge. If it starts to become too much work or preoccupies too much of your mind, take a step back and breath. Remember that your man is lucky to have you locking him up and that he shouldn’t expect you to do anything beyond that. You’re in charge and he has no control. Be as much or little involved as you desire. 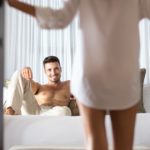 How to Reward Your Chastity Husband 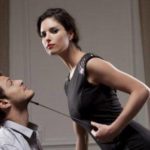 Start Dominating Your Husband in Chastity