The idea of chastity has been around for centuries however the idea of male chastity with the use of modern chastity cages has become a growing trend over the last decade. There are more and more mainstream websites covering male chastity and the Internet in general is exploding with chastity content.

Male chastity isn’t cut and dry however. Depending on how and where you search, you may find some alarming content related to it as there are a wide range of people who participate.

As fervent believers in male chastity, we want you to feel comfortable when discussing the topic and to get the right information. To help you, we’ve compiled a list of common chastity misconceptions that we hope to set the record straight on.

There are all sorts of reasons why men and couples partake in male chastity. Here are some of the common reasons for male chastity:

As you can see, there is a wide range of reasons people choose chastity. You may have a completely different reason and that’s perfectly alright.

Chastity Cages are Easy to Use

A lot of websites about male chastity will talk about men putting on chastity cages for the first time and wearing them for extended periods. This simply isn’t true. Chastity cages can be fairly uncomfortable at first, especially when you first get aroused while wearing one. Wearing chastity devices takes practice and you should take it slowly and not push through any pain until you understand how it should feel at any given time.

Pain and discomfort can also be due to having an incorrectly sized cage. Chances are that you will need to try different cages and sizes to find the right cage for you.

Chastity Will Lead to Crossdressing and Wanting to Be a Sissy

The longer a man is locked in chastity the greater his sexual energy and submissiveness will be. The chastity keyholder wields a lot of power in that their men will likely become very easily influenced to do things they may not have ever considered before. So if their keyholder wants to make their normally very alpha male a sissy maid, he’s going to be much more open to the idea after being locked up for a week or two. If that’s not something either of you are into then don’t do it and it will likely never come up.

It is important to discuss expectations and rules for your chastity relationship at the beginning so both man and keyholder have an understanding of the boundaries. This may change over time as you want to keep it fresh so keeping an open discussion is also important.

Chastity Cages Are Impossible to Escape From

Sorry, to break the mirage guys, but any standard cage you buy can be escaped. You may or may not be able to get the whole thing off easily, but generally you can at least get your penis out. If you want to foolproof your chastity the only way we’ve learned is by using special cages in coordination with having a Prince Albert piercing which takes a high level of devotion to commit to.

Chastity Cages Will Shrink Your Dick or Cause Sexual Issues

We have done a lot of research on this topic out of our own fear of this. We searched for medical research and asked men who have been locked up for years and have found no evidence that chastity will actually shrink your dick.

As a precaution, my wife and I made an agreement that whenever I get to orgasm, I get to keep my cage off until the next morning so that I can get full night erections to keep the blood flowing and everything working as normal.

Of course we are not medical professionals so you should do your own research on this subject if it’s a big concern of yours.

No man will ever forget that they are wearing a chastity cage because they will see it when they pee or get dressed/undressed or simply feel it throughout the day. Men will generally start wearing chastity cages like they’re meant to however. Over time, wearing a cage will just feel right and he will feel awkward when he’s unlocked.

Depending on the relationship, the chastity keyholder may easily forget their man is wearing the cage though. Many keyholders will get mad if their man complains about wearing it or reminds them of it so it’s up to them to remember.

Have any other questions for us about chastity? Let us know! 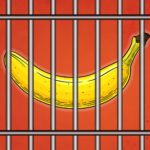