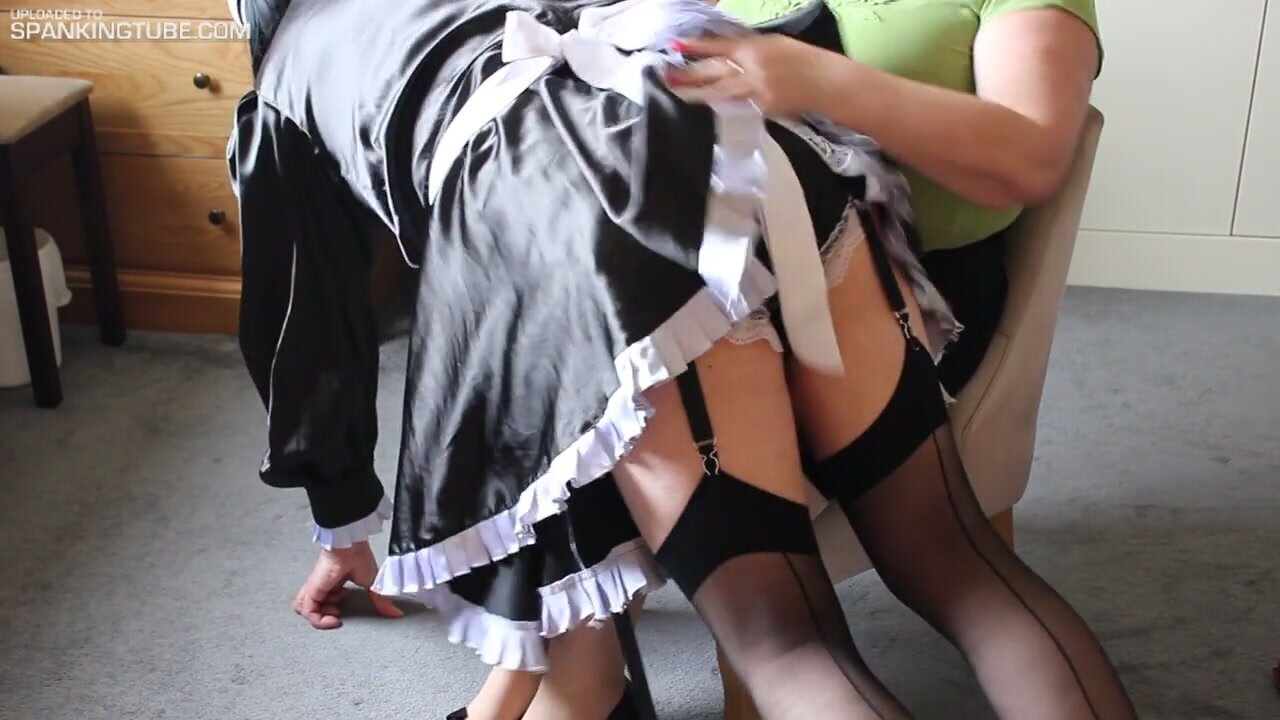 This is a continuation of the story of Becoming a Sissy Maid.

After what felt like an eternity, but was probably only an hour, my feet where killing me wearing the new high heels my wife had just given me. I wiped some more sweat off my forehead and tried to compose myself by standing tall and straightening out my maids outfit. I was already exhausted and starting to feel some major pain.

With my wife upstairs in bed, probably watching TV, I figured that she probably wouldn’t be down anytime soon to check on me so I quietly slipped the heels off and rubbed my feet as I leaned against the kitchen counter. I was all but done in the kitchen so I decided to move on to the living room to straighten up in there.

I started on the couch. I bent over to pick up the remote off the couch and felt the back of my dress creep up just over my butt cheeks and instantly felt naughty. I liked that feeling. I bent over again to fluff the couch pillows, this time making sure to keep my legs locked, popping out my butt and bending at the waist.

“Wow, you’re really getting into this aren’t you, you little slut?” My wife was atop the stairs looking down on me. My heart started racing as I quickly stood up. I felt like she caught me doing something wrong, but I wasn’t sure what that was.

“I always knew you had a sissy inside of you waiting to come up. I’m going to have fun unlocking your inner sissy, but probably not as much fun as you will,” she said with a swagger that said she was in charge. She slowly walked down the stairs, hand sliding down the rail as she kept her eyes on me.

Suddenly my wife stopped and yelled, “Zoe! What happened to your uniform!” It was then that I remembered that I had taken off my heels. The heels that she told me I wasn’t allowed to take off. I felt a surge of panic, trying to think of an excuse as to why they were not only off, but in a different room.

“Uh… uh… I’m sorry, mistress,” I fumbled out as I looked down at the ground.

“Sorry doesn’t begin to describe what you are, sissy. Where are your heels?!”

“In the kitchen, mistress. I’ll go get them and put them back on,” I said sheepishly as I turned to go get them.

“Get them and meet in me the bedroom. ASAP!” She yelled back as she turned to go back upstairs.

“Shit, shit, shit,” I mumbled to myself as I awkwardly put the heels back on my feet, balancing on the countertops. I knew a chastity punishment was coming but had no idea what to expect from my wife. This whole day was already a surprise and way out of left field for her – what could she possibly have in store for me now?

I hurried upstairs and into the bedroom, making sure not to trip as I was still getting used to wearing high heels. When I entered the bedroom my wife was standing next to our bed.

“Come here, put your hands on the bed and bend over,” she demanded as she pointed to the bed. I noticed she had something tucked in her other arm. I wasn’t sure what it was but I knew I was about to get spanked either way. I did as I was told and assumed the position.

She moved to stand behind me and threw my dress up onto my back, exposing my thong and otherwise mostly bare ass. “I have to admit, Zoe. You have been very good today and the house is looking much better. Unfortunately, rules are rules and you broke my rule about never taking off any part of your uniform.”

“I’m sorry, mistress. I’ve never worn heels before and my feet were killing me!” I didn’t know why I was feeling so scared of my wife but she had this ever growing power over me today.

She quickly pulled the object from her other arm and spanked my ass with it. “No excuses, slave!” She yelled.
I was stunned. I thought she would just give me some playful spankings like she teased me with before, but this hurt. She was punishing me for real.

“This is my special paddle that I bought just for you,” she said waved the black leather paddle in front of my face. She brought it back and started slowly rubbing my other butt cheek with it. “As you can see, it says ’SLUT’ on it. I’m going to have to keep spanking you until you’ve learned your lesson and have been thoroughly marked as the slut you are. Now repeat after me, ‘I’m a sissy slut and I will do everything my mistress tells me’.”

As I repeated her phrase she spanked me hard again with the paddle. This time on the other cheek. I could feel both cheeks stinging already.

“Again!” She demanded and again I repeated it as she spanked me as hard as she could. After several more times she stopped and said, “Good girl, Zoe. Now stand up.” Once again I did as I was told.

“You did good for your first time, Zoe, but I urge you to remember my rules. I had been thinking of how I might reward you for all your hard work today but instead you force me to teach you a lesson,” she said in her sexiest voice. “That’s not how either of us wanted to end the day now, is it, Zoe?”

“No, mistress…,” I replied, head hanging low, not wanting to look my wife in the eyes both out of shame and fear that she might spank me again. Oddly enough, at the same time I could feel my penis pulsing and a drop pre-cum dropping from my chastity cage.

She gave me another soft kiss and then slowly pulled her head away as she said, “I expect you to be much more prepared to wear your heels and outfit next time, Zoe. Your expectations for performance, behavior and uniform will increase every time you’re here… as will your punishments if you fail to live up to these expectations.”

“Yes, mistress,” I said as my heart fluttered with a mix of excitement and apprehension for what my future would hold.

Becoming a Sissy Maid: Unlocking Hidden Desires is now available on Kindle and Paperback. Read the full story of Brad, Zoe and Melissa in this 13 chapter, 136 page book. 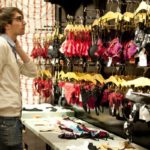